WHY BRING BACK THE WOOLLY MAMMOTH?

Breakthrough advances in genomic biotechnology presented the possibility of bringing back long-extinct species — or at least “proxy” species with traits and ecological functions similar to the extinct originals.

The woolly mammoth emerged as a leading candidate for this work. It is being attempted because a close relative of the mammoth is still living—the Asian elephant. Thanks to the similarity of their genomes, the genes of woolly mammoth traits can be edited into the Asian elephant genome, and the combination brought to life as an elephant cousin, once again adapted to the conditions of the far north.

The ultimate goal of the Woolly Mammoth Revival is to bring back this extinct species so that healthy herds may one day re-populate vast tracts of tundra and boreal forest in Eurasia and North America. The intent is not to make perfect copies of extinct woolly mammoths, but to focus on the mammoth adaptations needed for Asian elephants to thrive in the cold climate of the Arctic.

The tundra and much of the taiga – the sometimes swampy coniferous forest of high northern latitudes – were once a grassland ecosystem known as the “mammoth steppe.” It was home to abundant grazing herds of antelope, deer, caribou, horses, bison, and woolly mammoths. At the end of the Pleistocene, these herds vanished leading to an ecosystem conversion away from abundant grasses toward a more shrub-dominated community.

The tundra ecosystem that arose in the absence of these large grazing species is now affected by and contributing to human-driven climate change. Without large animals to compact and scrape away thick insulating layers of winter snow, extreme winter cold does not penetrate the soil. That fact, coupled with significantly warmer summers, accelerates the melting of the permafrost and the release of greenhouse gases that have been trapped for millennia.  From a global carbon perspective, the carbon release from the melting of the world’s permafrost is equivalent to burning all the world’s forests 2 ½ times.

The work of Dr. Sergey Zimov shows promise that tundra can be converted back to grasslands with the introduction of grazers even 10,000 years after their disappearance. The introduction of grazers to tundra generates a nutrient cycle that allows grasses to out-compete the tundra flora, converting the ecosystem in a manner that then favors the persistence of grazers and grasses. Not only do arctic grasslands support higher biodiversity and abundance, but there is also building evidence that the grazing, compaction, and disturbance effects of these larger herbivores enable the deeper freezing of the permafrost during the winter months. The grasses then insulate the permafrost from melting during the summer months – further preventing the release of greenhouse gases. Restoration of the Mammoth Steppe Ecosystem

A project of Nikita and Sergey Zimov, Pleistocene Park seeks to bring back the mammoth steppe ecosystem to slow the melting of the Arctic permafrost and prevent a catastrophic global warming feedback loop.

When considering the significant investments required in resurrecting a species like the mammoth, it is important to consider the relative ecological functions that the species provides in an ecosystem. Woolly mammoths, like elephants in Africa today, were the engineers of grasslands, keeping trees from growing onto the plains and dispersing large amounts of nutrients over immense distances via their dung. Dr. Zimov’s perspective illuminates an additional function that must be considered: the mammoth’s potential role in providing resilience in the face of climate change.

A wealth of information exists in the genome of every species. Genomes are an historic record of adaptation to survive billions of years of catastrophes, epidemics, and changing conditions. Understanding the information locked in a genome is made possible by observing the living organism’s cells, tissues, body, and behavior. For extinct genomes such organismal interpretation is lost. Reanimation of genes in living cells allows us to discover the function of that prehistoric information in ways that studying genetic code alone can never provide. Mammoth hemoglobin, for example, may reveal information about mammalian blood useful to treating human diseases, and potentially the future of human space exploration (such as surviving cold environments); but the mutations that create mammoth hemoglobin need to be brought back to life for such discoveries to happen.

3) The future of large mammal conservation

During our research, we learned of a serious threat of a virulent strain of herpes affecting Asian elephants. To date, no research team has been able to culture the virus from tissue samples, making it impossible to develop vaccines or treatments. The Church Lab remains committed to synthesizing the virus in vitro from its sequenced genome in order to develop a version of the virus that can be cultured—the first step in finding a cure. This effort is one of the world’s first projects using synthetic biology to study and treat a wildlife disease. In other words, the mammoth de-extinction effort may confer significant, near-term benefits to Asian elephant conservation. Everyone involved shares the belief that each step of this process should bring conservation benefits to the imperiled Asian elephant.

The bioengineering, genome research, cellular resources, and reproductive techniques that will be developed to pursue woolly mammoth de-extinction will enhance our understanding and ability to conserve elephant species. The bioengineering approaches may pave new ways to apply genetic rescue to combat herpes for Asian Elephants or to fight the ivory black market.

For example, engineering biomarkers into tusks to track poaching, or more radically to alter tusks in a way that make them valueless to the ivory trade, which would allow male elephants to keep their large tusks – important indicators of good genes for mating. Assisted reproduction of mammoths, given their size, will push the limits of advanced reproductive technologies to the benefit of crucial megafauna around the globe–from severely endangered giraffe species to nearly extinct rhinos. 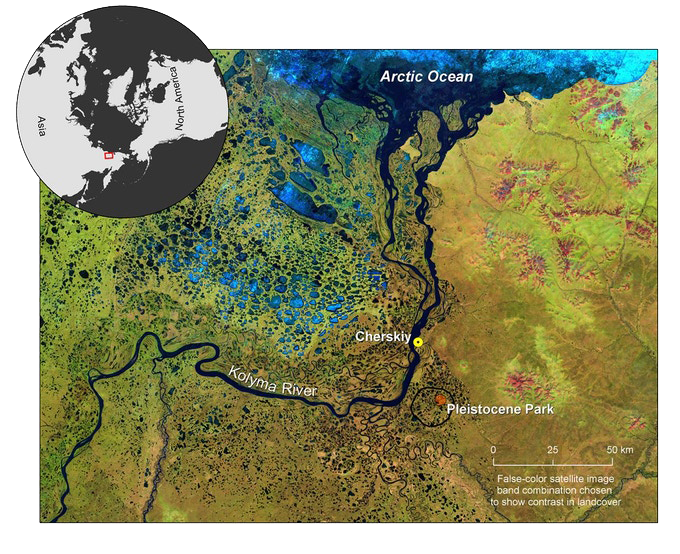