The Great Passenger Pigeon Comeback set an ambitious goal to hatch the first generation of new Passenger Pigeons before 2025 and begin trial releases into the wild thereafter. We have set this goal to drive the work forward quickly and to try to restore the ecological role of the passenger pigeon in the wild within our lifetime. The project has made significant advances in our understanding of passenger pigeon evolution and ecology. It is also making it possible to do the foundational science needed for the genetic rescue of all avian species.

With the help of many partners, a series of significant milestones have been achieved for the Great Passenger Pigeon Comeback. It has fueled global dialogue on developing de-extinction as a conservation tool. Our program has been used as a case study by independent researchers in many publications. The partnerships and insights gained through this project has set the stage for rapid developments in Heath Hen de-extinction as well as other avian projects.

For genetic research to be performed for the extinct species, work has been underway to create an efficient living pigeon model that carries the Cas9 gene in its reproductive, or germline, cells. Cas9 is the DNA-cutting part of the CRISPR gene-editing system. Project lead, Ben Novak, has hypothesized that Cas9-bird models (including chicken, quail, songbird, and pigeons) will expedite research for the genetic rescue of extinct and endangered avian species to an efficiency currently achieved only in mouse models for mammalian research.

In March the Australian Commonwealth Scientific and Industrial Research Organisation (CSIRO) team confirmed that a male laboratory pigeon “Apsu” had tested positive for carrying the Cas9 gene. This made Apsu the world’s first successful pigeon germline chimera. However, only one in 100,000 of Apsu’s sperm was found to carry the gene—too low to hope for transgenic offspring. Despite the low transgenesis, this was a major step in optimizing avian genetic engineering methods. Work will continue in 2020, testing different methods to generate Cas9 birds.

Work on Phase 2 has officially begun, and project lead Ben Novak has begun breeding his flock of Cas9 germline chimeras—birds capable of making genome engineering in pigeons more efficient. This research will pave the way for the genetic rescue of all wild birds. Meet the Scientists Bringing Extinct Species Back from the Dead

“The last known passenger pigeon—a bird named Martha—died in captivity at a Cincinnati zoo in 1914. Her demise sparked the passing of modern conservation laws to protect other endangered species in the U.S.” Now, more than 100 years later, the Passenger Pigeon is again advancing conservation.

In fall 2017, project lead Ben Novak began the first experiments to genetically engineer pigeons, using domestic rock pigeons as a model to begin testing the feasibility of editing genomes of living birds for the extinct Passenger Pigeon’s traits. Over the past year, Novak has breed a flock of rock pigeons that are capable of making genome engineering in pigeons far more efficient.

“The pigeons are outwardly unremarkable. Thirteen birds, ages two weeks to three months, occupy a coop at an animal research facility west of Melbourne, Australia. They’re descendants of the common rock pigeon, recognizable denizens of city squares and park benches—with one small but crucial distinction,” writes the Journal. “These are the first pigeons in history with reproductive systems that contain the Cas9 gene, an essential component of the Crispr gene-editing tool. The squabs of this flock will be born with the Cas9 gene in every one of their cells, allowing scientists to edit their offspring with DNA from the extinct passenger pigeon. Those birds, if everything goes to plan, will be the first live animals edited with traits from a species that no longer exists.” 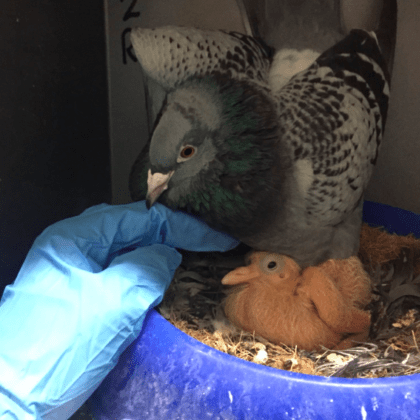 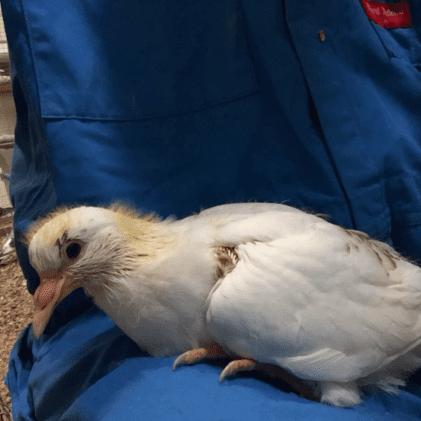 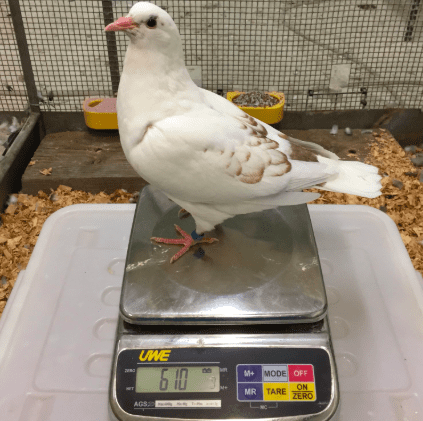 Learn about our Phase 1, Phase 2, and Phase 3 highlights and current status below:

Phase 1 – Since 2012, through our collaborative partnership with the UCSC Paleogenomics Lab, we have:

Not only have we discovered that the Passenger Pigeon was a well adapted, resilient, and ancient bird, we have identified some of the first genes that may help revive the species.

In 2017, we welcome aboard a new project partner to sequence and research more genomes for Passenger Pigeon de-extinction, the Center for Genome Architecture at Rice University’s Baylor College of Medicine.

Our next Phase 2 goal is to raise money to begin developing germ-line transmission, the most efficient reproductive technique for creating genome-edited birds, for pigeons. With adequate support, our project partner Crystal Bioscience, a world leader in avian biotechnologies, may begin initial experiments with Domestic Rock Pigeons. Success with Rock Pigeons will lay the foundation needed to work with Band-tailed Pigeons.

For more detail of the milestones accomplished to date and our future steps for Passenger Pigeon de-extinction, scroll over the icons on the project roadmap below showing the timelines of different research elements of the programs three phases.