The Woolly Mammoth Revival begins with genomic insight. The genes within the mammoth genome that code for three essential adaptations must be identified: 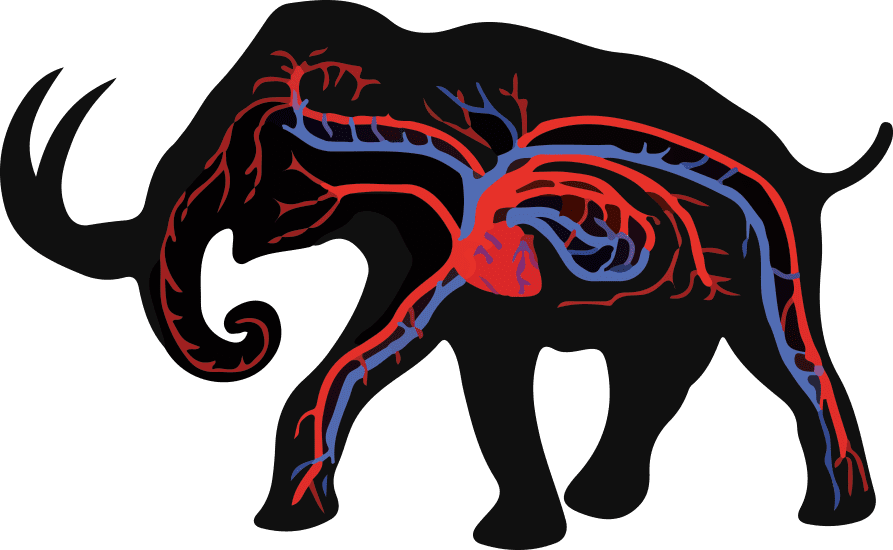 With the completion and publication of multiple fully sequenced Woolly Mammoth genomes, the Church lab is discovering potential cold climate adaptations in different genes. The Woolly Mammoth and Asian Elephant genomes are different by ~1.4 million mutations, meaning an Asian Elephant is already 99.96% Woolly Mammoth. Of those ~1.4 million mutations, 2,020 are mutations that change 1,642 genes (~6.5% of all genes in the genome). The Church Lab is currently analyzing mutations in DNA regions that regulate the expression of genes – the on/off and volume knobs of cellular proteins and pathways.  Many of these “non-protein coding” mutations are likely important mutations in the adaptation to cold climates. As important genes are identified for de-extinction, the researchers can attempt to edit them into the Woolly Mammoth cell lines growing at the Church Lab.

Once Woolly Mammoth-like traits appear sufficiently in stem cell derived tissues, the Church Lab can begin experiments to generate embryos, possibly through stem cell embryogenesis. George Church’s ambitious plan is to construct an artificial uterus to gestate the embryos. This planned technique would eliminate the need to use Asian Elephants as surrogate mothers to breed a new generation of Woolly Mammoths. These plans may sound like far fetched science fiction, but two recent relevant breakthroughs in advanced reproductive technologies were announced: 1) the birth of mouse pups from 3D printed ovaries, and 2) the growth of fetal lambs transferred to an artificial uterus part way through pregnancy.

Caring For The First Generation

Once a first generation of modern Woolly Mammoths are born, they will be in the care of captive Asian Elephant family groups in zoos, providing growing Mammoths the social imprinting they need to form snow trodding herds of their own. While their adopted Asian Elephant parents will not be able to tolerate cold weather for extended periods of time, baby Woolly Mammoths can still be fostered in cold climates to prepare them for living in the wild. (Asian elephants at many zoos in the U.S., Canada, and Europe enjoy playing in snow for short periods of time.) Once a captive breeding population of Woolly Mammoths is large enough, herds can be established at suitable grassland restoration sites throughout the arctic. The premiere future Mammoth grounds could be Russia’s Pleistocene Park in northeastern Siberia.